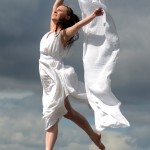 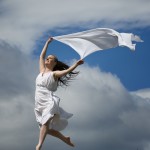 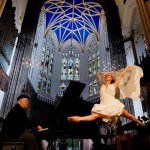 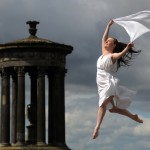 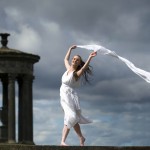 “McQUINN brings us a portrayal of a delightful, optimistic character facing both real and perceived tragedy.” – WHATSONSTAGE

“Duncan’s letters show her to be an engaging character, full of warmth, charm and vitality, and McQUINN is excellent throughout, bringing a real depth to her performance, ably handling the rather simple yet elegant choreography… it’s an altogether beautiful piece.” – THREE WEEKS

“McQUINN manages to strike a balance as although the love letters are at times gushing with affection the delivery is earnest but never saccharine. Duncan is shown to be charming and infectious; a character who can easily rise to hysteria. McQUINN navigates the rolling nature of Duncan’s character with a depth and commitment that prevents the changeable moods of Duncan becoming heady and droll.” – FRINGE REVIEW

“…her words are given a good shot by NELLIE McQUINN’s excellent performance. She is consistently inconsistent in character, and controls tone and pace with skill. When the emotional pressure is increased as Isadora faces real tragedy she is genuinely moving.” – REVIEWSGATE