Inside Intelligence was founded by Robert Shaw in May 1995. We present the best in new theatre writing, original and in translation, and contemporary opera and music theatre, with a special interest in bringing work to British audiences that would otherwise be inaccessible. The writer and composer are at the centre of what we do.

Robert’s grandfather, the composer Martin Shaw, was a lifelong friend and collaborator of Vaughan Williams and of the revolutionary theatre artist Gordon Craig. He produced and conducted Craig’s first productions as designer/stage director – Dido and Aeneas, The Masque of Love, Acis and Galatea. In 1902, he joined Ellen Terry’s company at the now demolished Imperial Theatre in Westminster, where he composed and conducted the music for Craig’s productions of The Vikings and Much Ado about Nothing, starring Ellen Terry. In 1906 and 1907, he toured Europe as conductor for Isadora Duncan. 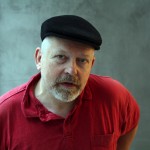 ROBERT SHAW (Artistic Director) graduated from Cambridge University in 1979. Since 1981 he has directed, translated and adapted over forty plays in London, Edinburgh, New York and Cambridge. His most recent production is the critically acclaimed POENA 5X1 by Abbie Spallen, a new play which he commissioned for Inside Intelligence at the Underbelly in Edinburgh in August 2016. Robert directed the first revival of Mark Ravenhill’s Product starring Olivia Poulet at Assembly Rainy Hall in Edinburgh in August 2014 and at the Arcola Theatre, London, in May 2015.  He directed the European premiere of Tarik O’Regan’s opera The Wanton Sublime performed by Hai-Ting Chinn and the Orpheus Sinfonia conducted by Andrew Griffiths at the Arcola Theatre’s Grimeborn opera festival in August 2015.  His critically acclaimed production of Sylvia Plath‘s only play Three Women was seen in London (Jermyn Street Theatre) and Edinburgh (Assembly) in 2009 and Off-Broadway (59E59) in October 2010. The UK premiere of Happy New by Brendan Cowell extended by four weeks at the Old Red Lion Theatre in January – March 2012 and transferred to Trafalgar Studio 2 in London’s West End in June 2013.  The UK premiere of Juan Radrigán’s Hechos Consumados (Children of Fate) translated by Robert Shaw (translation published by Oberon Books) was seen at the Bussey Building, part of an industrial estate in South London, in November 2013.  Teddy and Topsy by Robert Shaw (Edinburgh 2010, London and Edinburgh 2011); Some Gorgeous Accident by James Kennaway, adapted by Robert Shaw (Edinburgh: Assembly Rainy Hall 2010); Poem Without a Hero by Anna Akhmatova, translated by DM Thomas (Edinburgh 2010), dramatised by Robert Shaw; Tejas Verdes by Fermín Cabal, translated by Robert Shaw (Jermyn Street Theatre, dir. Robert Shaw 2002, staged reading; Gate Theatre, dir Thea Sharrock 2005; St John’s Church, Edinburgh August 2013; translation published by Oberon Books.).

Other productions include The Woods by David Mamet (UK premiere); ¡shoot! by Fermín Cabal, translated by Robert Shaw; One God, One Farinelli! with Richard O’Brien; Up To Now, the autobiography of his grandfather, the English composer Martin Shaw, adapted by Robert Shaw; Ana in Love by Paloma Pedrero, translated by Robert Shaw – originally commissioned to mark the first anniversary of the Madrid terrorist bombings in 2004 and premiered in London in June / July 2006 to mark the first anniversary of the July 2005 London attack; As You Like It (music by Robert) and The Investigation by Peter Weiss. Opera: The Medium (London premiere), performed by Jane Manning, and The Lighthouse, both by Sir Peter Maxwell Davies. Productions before 1995 include: The Prince by David Drane (UK premiere); Dutchman by Leroi Jones/Amiri Baraka; Waiting for Lefty by Clifford Odets; Statements after an Arrest under the Immorality Act by Athol Fugard; Fear by Mark Brennan; Inferno XXXIII by Michele Celeste; Reunion by David Mamet; Tell Me That I’m Dreaming by Mark Brennan; The Poker Session by Hugh Leonard; Measure for Measure; The Ruling Class by Peter Barnes; A Little Night Music by Stephen Sondheim and The Hostage (An Giall) by Brendan Behan – one of the hits of the 1981 Edinburgh Fringe Festival.

Robert is a jazz pianist/composer and speaks Spanish, Russian and French fluently and German, Serbian and Arabic well, some of which he has used in volunteer work for Amnesty International, including the 1990s crises in former Yugoslavia and Central Africa. Until 2012, he was International Representative of the Chekhov Memorial Theatre in Taganrog, Chekhov’s birthplace. 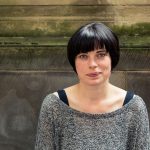 GILLIAN ARGO (Designer) recently designed POENA 5X1, Children of Fate, Product and The Wanton Sublime for Robert Shaw.  She has just completed her seventh summer with Bard in the Botanics in Glasgow; in 2013 she designed Othello and Much Ado About Nothing.  Other recent productions include stage design for Snow White at the Byre Theatre, St Andrews, adapting her set for Hairy Maclary and Friends for an Australian tour, scenic painting for short film In Extremis and prop making for Hickory and Dickory Dock.  Most recently she was involved in creating The Embassy and Robert Shaw’s production of Tejas Verdes.