Here are some of the brilliant comments our audiences have made about Children of Fate – even the occasional criticism, as you might expect.  Check it out. “Good entertainment” “Short, yet thought provoking. You won’t see plays like this in mainstream theatres.” “Beautifully acted, very moving with a very intimate setting.” “very strong compelling performances. has made me want to check out everything at the Bussey Building.” “Great storyline, top...

So here we are in Week 3, our final week of rehearsals. The time’s gone terrifyingly quickly, but we’re right on track and raring to go, luckily it seems that most of the company have managed to dodge the disgusting cold I had last week, which just goes to show what fantastic, tough, durable people we’ve got on board, in the words of Siân Reese-Williams, “I can work with anything”! Yesterday we welcomed the arrival of a couple more props. Our long awaited oil drum rolled onto set, and we’re expecting a couple of deliveries...

Week 2 of Children of Fate rehearsals and we’re well on track. We’ve been lucky enough to be able to rehearse in our performance space at The Bussey Building for the two weeks before we open, and just as lucky to make a few friends in the surrounding buildings in order to borrow a few props. Thanks to the mind-boggling memories of our four talented actors we’re working largely off book now, and it’s all starting to get pretty exciting! Yesterday two lovely gents from Adlib-Film (track them down on twitter, @Adlibfilm) popped in to film...

This week marked the first week of rehearsals for ‘Children of Fate’. It’s been an exciting week meeting our four fantastic actors, Dan, Offue, Siân and Julia, getting to know the script and making our way through more than a few cups of tea and packs of biscuits in the process. Our marvellous designer Giggy unveiled her final design for the set on Monday and it’ll be really exciting to see the full scale version in The Bussey Building in a couple of weeks. In the meantime, the whole company have been keeping their eyes peeled for...

The first week of rehearsals consists, as is often the case, of reading and talking about the script rather than diving straight into the action, physically. Around the table, of course, sit the cast, the director, the assistant (if not running other errands, or not being hired in the first place), and, often, the Deputy Stage Manager (DSM). We do not have a DSM, we have one Stage Manager, the assiduous Sarah Cannings, who will be running the show as soon as we get into the performance venue at the beginning of June. Reading rehearsals are a...

If you have found yourself reading this then you may be doing so for a number of good reasons. You may be a frequent visitor of the Inside Intelligence website and of previous productions. You may have only recently heard of us and took some time to find more out about us. You may have no particular reason at all… Well, whether you are a seasoned guest or have freshly sprung among us, as indeed I have myself only a few months ago, let me introduce myself and the team and tell you who we are and what we are currently doing. My name is Alice,... 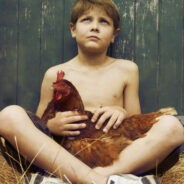 We are very proud to announce the transfer to Trafalgar Studio 2 of our 2012 production of Happy New by Brendan Cowell, from 4 – 29 June 2013.

We’ve got a new website! What do you think of it? Contact us and let us know.