Home » Past Productions » Up To Now 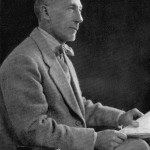 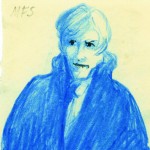 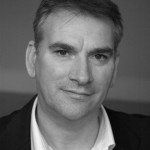 The great Edwardian producer and composer Martin Shaw looks back over his early life and the famous artists he worked with, painting a funny and fascinating portrait of Bohemian London and Europe at the dawn of the 20th Century.  Composer and conductor for Ellen Terry and Isadora Duncan (with whom he toured Europe twice); producer, conductor and friend to Edward Gordon Craig, in whose company he had tea (but missed dinner) with Strindberg; once engaged to Ellen Terry’s daughter Edith (Craig’s sister) until her mother put a stop to it.  Martin rubbed shoulder with many of the great artists of his day.  He tells it all with his trademark funds of hilarious anecdotes.

The left hand side of Martin Shaw’s face was badly disfigured by a large birthmark.  His is also the inspiring story of a man who overcame disfigurement, in an era of prejudice and misunderstanding, by the sheer force of his personality and charm.

The drawing of Martin Shaw is by Gordon Craig – it is used by kind permission of the Provost and Fellows of Eton College and with the consent of the Gordon Craig Estate.