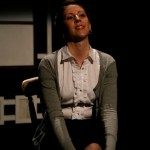 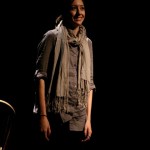 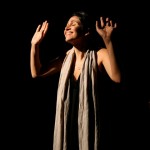 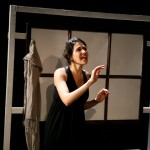 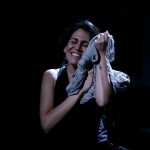 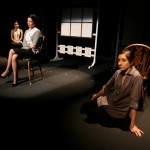 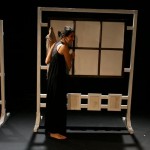 Francis Benhamou as The Mother

Angela Church as The Secretary

Kina Bermudez as The Student

Robert Shaw’s direction breathes life into Sylvia’s Plath’s poetic and poignant words about women’s relationship with conception. The direction is simple and honest, with very intimate staging, and that simplicity lets the ear focus on the beautiful imagery Plath uses to describe each woman’s separate struggle. As their journeys unfold, the audience becomes entangled in their incredibly relatable and diverse stories. At the end of this short show, I found myself singing Three Women’s praises with my fellow audience members as we had just experienced something special together. I was truly moved by this beautiful play. – THEATRE IS EASY

I appreciate Shaw’s directorial liberty and the production is fantastic. If you’re near New York: Please see “Three Women.” If you’re not near New York: you still have time to book your tickets. – PETER STEINBERG, Sylvia Plath blog

Director Robert Shaw has done everything to assure that audiences focus on the language and imagery of Three Women, Sylvia Plath’s play, now at 59E59. His design team uses restraint and the cast moves deliberately and only when necessary. What is left is a cauldron of beautiful, stirring, disturbing language. – NYTHEATRE.COM