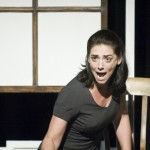 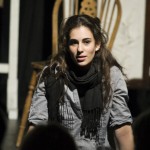 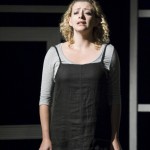 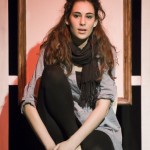 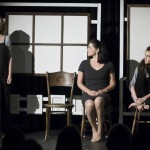 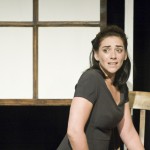 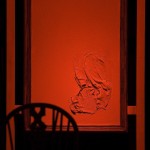 Louisa Clein as The Mother

Neve McIntosh as The Secretary

Lara Lemon as The Student

★★★★★ Worth heading out early to catch this memorable Plath production. EDINBURGH EVENING NEWS

“Pregnancy, birth and motherhood, red in tooth and claw, are what is on offer in this excellent show at the Assembly Rooms. A combination of Sylvia Plath’s rich, image-laden text and the intense and honest performances by the three actresses stripped away the sentimentality normally associated with the subject and made this a powerful, absorbing and occasionally uncomfortable morning’s viewing. Lara Lemon, Louisa Clein and Neve McIntosh are open as wounds as they recount their differing experiences with the “miracle” of childbirth and its aftermath. McIntosh in particular is heart-rending as the victim – and there can be no other word for it – of multiple miscarriage.

The mid-morning slot Three Women is burdened with does this deep and complex play no favours but those who do make the effort to see it can be sure of a production the repercussions of which will be carried with them throughout the day.” EDINBURGH EVENING NEWS (Neil McEwan)

★★★★★ “…three of the best acting performances I have witnessed at the Fringe. Their connection with Plath’s intent, and portrayal of the visceral emotion of the piece was utterly convincing. …one cannot help but fall under the spell of Plath’s masterful language.” EDINBURGH FESTIVALS MAGAZINE (Hannah Clarke)

★★★★ “… it is performed excellently, using a simple backdrop, minimal props and lighting, and focusing attention on some superb acting.” THREE WEEKS (Hannah Atkinson)

★★★★ “Three Women is written in verse, and so strong is the imagery that the effect is that of immersion in an extended Plath poem rather than a play. There is about it something of the mystical and transcendent – it is not hard to understand the three women as the tri-part goddess, as different facets of our collective femininity. …the set itself is simple, the backdrop of wood-framed white screens more reminiscent of Japanese theatre than the hospital. There is something spare and austere about these blank white screens that is somehow more frightening than a hospital ward could be – they speak of things unseen, covered up. …this is a powerful, well-staged production. It is also a fantastic, rare opportunity to see Plath’s only play, a work written at the height of her powers.” FRINGE REVIEW (Rebecca Carey)

“Resurrected and restaged by Robert Shaw, founder and artistic director of the serious-minded company Inside Intelligence, Plath’s weighty, evocative words are given new life by compelling performances – that avoid too much melodrama and sentimentality – and spare staging.” THE SCOTSMAN (Erikka Askeland)