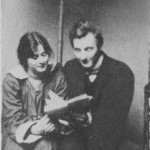 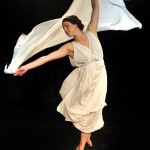 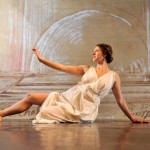 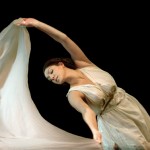 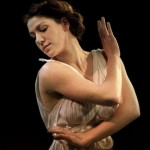 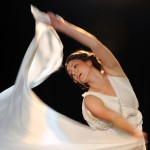 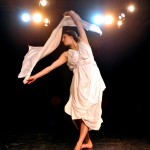 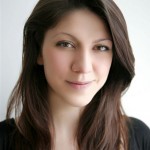 Ben Warwick as the voice of Edward Gordon Craig

Photos by Jane Barlow of the Scotsman

“ISADORA DUNCAN was, and remains, one of the dance world’s most fascinating figures. ANNA-MARIE PARASKEVA’s passionate delivery… has enough star quality to carry this hour-long show and beyond. Perfectly capturing Duncan’s excitement at performing, her deep love for Craig and heartbreak at the tragic deaths of her young children, she turns in a first-rate performance worthy of a far bigger audience.” – SCOTSMAN