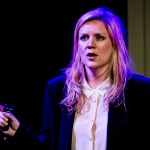 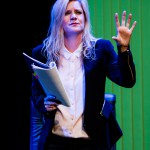 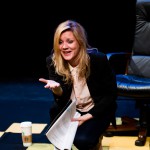 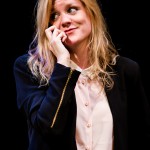 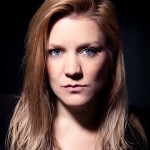 The Old Market
11a Upper Market Street
Hove BN3 1AS

“This ferocious revival is a reminder of how thrilling Ravenhill’s work can be.  It also boasts an absolutely killer performance from Olivia Poulet.” (Time Out)

From the critically acclaimed writer of Shopping and Fucking, Ravenhill’s satirical monologue Product interrogates the media’s response to terrorism, exploring society’s desperate need for a narrative and its insistence on finding closure. Olivia Poulet (The Thick of It and In The Loop) takes the lead role in this first revival, originally performed by Mark Ravenhill himself at the Traverse in 2005.

Mark’s other plays include his huge hit Shopping and Fucking (1996); Some Explicit Polaroids (1999) and Mother Clap’s Molly House (2001). He made his acting debut in his monologue Product at the 2005 Edinburgh Festival. Mark Ravenhill regularly contributes to the Guardian’s arts section and is Associate Director of London’s Little Opera House at The King’s Head Theatre.