Home » Past Productions » Poem Without A Hero

Poem Without A Hero 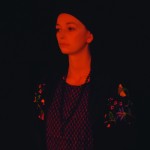 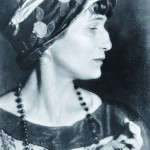 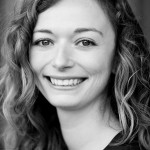 The world premiere staging of the masterpiece by Russia’s greatest 20th-century poet, with new verses specially translated for this production by DM Thomas (The White Hotel).

The beautiful and tragic tale of Anna Akhmatova.  Her first husband was shot.  Her second died in Stalin’s camps.  Her son spent years in the same camps.  Her poetry was banned by the Soviet authorities for 30 years.  Yet she continued to write the most delicate, refined, cynical, beautiful, deeply personal lyrics competing much a her greatest work in the dark days of Stalin’s terror, when she had to write in secret, keep the copies hidden and could foresee no hope that it would ever be published.

Begun in 1940, Poem Without A Hero took over twenty years to complete.  Inspired by episodes in her life between 1913 and 1945, and dedicated to her many friends who perished during the Nazis’ 900-day siege of Leningrad, it is widely regarded as the major work of her life.

★★★★  “HOLLY STRICKLAND… takes on the spirit of the poet fully, and breathes enthusiastic life into the work. An excellent realisation of a demanding task… it is not often that you see a great poem brought to life vividly and dramatically in this way.”  BROADWAY BABY

★★★★  “a cerebral and provocative piece of drama… a fine example of how poetry can take a visual form through human performance. STRICKLAND is excellent, perfectly capturing the essence of the frailty and strength that contradict so much of Akhmatova’s biography.”  EDINBURGH GUIDE

“This is a must-see… comes alive when delivered with Shakespearean intensity by the gifted STRICKLAND.”  THREE WEEKS